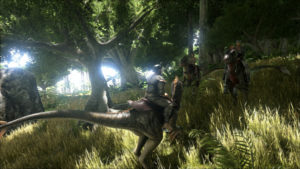 Ark: Survival of the Fittest server

We now have a public 2v2 Survival of the Fittest server up and a dedicated #sotf channel in Discord. Check out this page for server info! 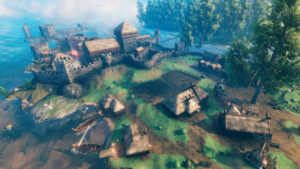 With the release of Valheim Mistlands, one of our servers has been wiped and transformed to a Mistlands beta server. Check out https://domination-gaming.com/valheim/ for more detailed information on how to play Mistlands with the community! 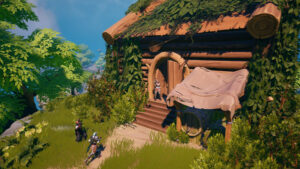 Check out the details at https://domination-gaming.com/frozen-flame/ 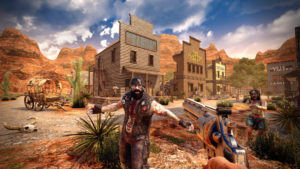 We now have an Alpha 20 experimental public PvE server. Check out https://domination-gaming.com/7-days-to-die for more info! The release notes can be found here: https://7daystodie.com/a20-official-release-notes/

Heads up! The 7 Days to Die server has been moved to a new dedicated server with better specs. That also means that the IP / Port changed. Check out the new connection details on the following page: 7 Days to Die

The map is now generated with KingGen. Please let us know your experiences with the new map!

DomiNATION Gaming is proud to announce a new partnership and cross promotion opportunity with the NatureCraft Minecraft server!

NatureCraft is a Minecraft community with an active team and a short feedback cycle. They’ve set up a massive Earth map as their main world, where rivers, oceans and ore distribution are all based on the real world. Start your own (Domi)nation, travel all seven continents, build your own high-speed intercontinental rail road. Let your creativity go wild!

If you’re looking for a place to play Minecraft with people from our community, we strongly encourage you to go and check them out at the link below for information on the server, their Discord, the live map of the server, and more!

It’s that time of the year again! October has started, and that can only mean one thing… Halloween is just around the corner!

Just like last year, we’ll be running the Hallows Eve mod on our Patreon-only servers and the public event map throughout the month of October. This mod provides several new Halloween-themed items, costumes, decorations, buffs, and contains most of the original “Fear Evolved” content.

Have fun decorating your bases!

This morning, DomiNATION Ark servers #7, #8 and #9 have been moved / upgraded to a different box. To find out how to join the new servers, check out the following pages:

Recently (May 9th), as part of a bigger plan to upgrade most of our Ark servers to 9th gen Intel, theoretically giving them a ~30 % performance improvement and less save lags, I’ve moved #1 Island and #2 Center to a new box.

However, after this box started getting some load, I noticed abnormally high temperatures. And when a CPU detects a high enough temperature, it starts throttling itself down to a lower speed, impacting performance. In the last few weeks I’ve been in contact with our server provider to see if they can fix the temperature issue. They’ve checked the fans, reapplied thermal paste, temperatures improved a bit, but not enough (see that blue line in the picture, that’s not good).

In the meantime, #14 Pat Valguero is launched on another box with the same configuration, and when I fully load that server, I don’t see the temperature issues on that box. So, the recommendation of our server provider is to switch us from the misbehaving box to another one.

Which means I’ll have to move Island and Center once again, hopefully for the last time in a while. I will move #1 Island and #2 Center to its permanent place, on Monday, June 1st, around 6-8 AM EST. After that, our server provider will switch the faulty box out with another one, and if that box behaves, I can start moving / upgrading other Ark servers, of which I will post an announcement well in advance. I will add this to the event calendar, and rotate a message on both servers again, announcing the move. Sorry for the inconvenience, and for the wall of text, but I wanted to provide you with a proper explanation!